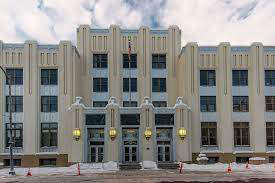 That decision addressed only nonunion workers who were required to pay fees to unions, but attorney Jessica Alloway, representing the state, said the decision, known as Janus, also covers union members by implication.

“That’s the state’s position,” she said. “You need a public employee to say I want to affirmatively associate with the union.”

If the state loses the case, it could be liable for hundreds of thousands of dollars in legal fees and damages.

The state’s argument has been advanced by plaintiffs across the United States but has been rejected by dozens of courts, including by state and federal judges here in Alaska, and members of the state high court repeatedly asked why they should take action.

“Not a single case has agreed with you, as far as I know. Is that correct?” said Chief Justice Daniel Winfree.

The case stems from a 2019 opinion from former Alaska Attorney General Kevin Clarkson, who wrote that the Janus decision requires members of state public employee unions to affirm or reject membership annually.

Currently, union-eligible public employees are asked at the time of their hiring whether they want to be part of the union relevant to their position. They are required to sign a card indicating their yes or no decision. Those who say yes can later withdraw.

Clarkson said that procedure is inadequate because an employee who changes their mind might not know they can withdraw.

In 2021, Superior Court Judge Gregory Miller sided with the unions in their challenge, saying that the governor’s decision violated state law, the Alaska Constitution and a contract with the state’s largest public-employee union.

Citing the violations, he awarded damages and legal fees.

The state appealed, leading to Thursday’s oral arguments at Boney Courthouse in Anchorage.

In written arguments and in court, the state has said that the matter is one of free speech and that an employee who joins a union may be denied their free-speech rights if they cannot quit quickly when a union takes a position the employee opposes.

Union leaders and attorneys representing the Alaska State Employees Association say the state is engaged in union-busting and that it broke its contract with thousands of state workers when it tried to unilaterally change the rules.

In written arguments, the ASEA’s attorneys noted that Clarkson did not consult with the union before issuing his opinion, “but state officials in his office did consult with anti-union advocacy groups.”

Matthew Murray, an attorney representing the ASEA in court on Thursday, noted that if the state’s position were upheld, it would be “a revolution in private contract law,” because things like arbitration agreements and even annual magazine subscriptions implicate First Amendment rights under the state’s perspective.

“Their position,” he said, “is that they took actions in violation of state law because Janus required it.”

Murray was given 34 minutes to make his case but began to wrap up after only 11, concluding that judges across the country have already ruled on this issue, and there is no reason for the Supreme Court to decide differently.

Winfree told attorneys that the case will be taken under advisement, with a written decision to be issued at a later date.