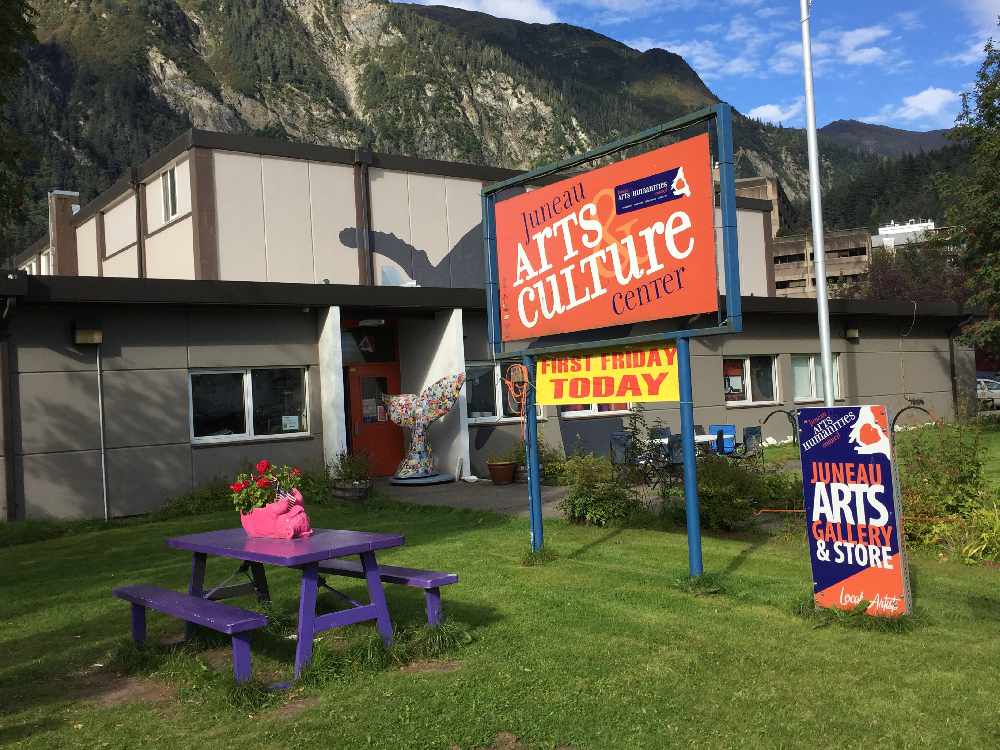 ANCHORAGE, Alaska (AP) — The Alaska State Council on the Arts closed its doors Monday, making Alaska the only state without an arts council.

About 50 people gathered to mark the passing of the organization, the Anchorage Daily News reported.

Sheryl Maree Reily, a member of the council's visual arts advisory committee, wore a long black dress with a dark lace veil to mourn the loss.

Council Chairman Benjamin Brown said the council was in line for $700,000 from the state's general fund. Dunleavy's veto also covered $700,000 in federal funds through the National Endowment for the Arts and $1.5 million in private foundation funds that could not be accepted.

Reily and others said they wanted to thank outgoing employees who lost their jobs.

"I came here today to give my support, acknowledge the hard work and the achievements of this organization," Reily said.

Keren Lowell worked as the literary and visual arts coordinator. Over seven years, she had also held finance and administrative jobs. Those were less gratifying jobs than working directly with art, she said, but were probably some of the more valuable services the council provided.

"That's why this agency is so amazing," she said. "We had a good handle on how money works and how the arts work in money. We did a good job. I'm proud of what we did."

The public may have perceived that the organization was mainly about funding, Lowell said. The council also supported schools, teachers and rural communities, coordinated with other arts organizations and facilitated professional development for artists.

"All of the other arts partners used us as a pass-through or as a center or as a collection point for all of the activities going on," Lowell said. "We communicated with people, which led to more opportunities and supported the work that they did."

The arts sometimes are perceived as something subsidized with no return, Reily said.

"I think it's a misconception," she said. "They are an economic driver. They are the underpinnings of the tourism industry, secondary to the landscape. People come here for the culture, and they come here for the arts. It's the stories that people tell in magazines that bring people here that the writers and poets write, the photographs that the photographers take."