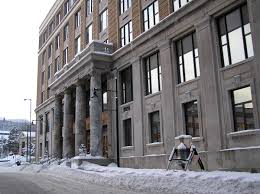 Juneau, Alaska (KINY) - Alaska leveraged $688.4 million in federal highway and bridge formula funds in FY 2022 to help jumpstart 248 new improvement projects in communities across the state during the first year of the Infrastructure Investment and Jobs Act, a review of U.S. Treasury Department data through September 30 shows.

Nationally, over 29,000 IIJA projects were launched through the end of September. The five largest projects supported by formula funds in Alaska are.

Of the five largest projects supported, the largest is the construction of new highway from Juneau Creek to Sterling Highway. That project comes in at $41.7 million.

Following is a project to rehabilitate pavement and replace Placer Creek, Portage Creek, and 20 Mile River Bridges for $34.7 million.

The other top projects include reconstruction of the Haines Highway at $28.4 million, Tribal Transportation Program at $28.3 million, and projects to rehabilitate the Seward Highway, replace Victor Creek Bridge and rehabilitate Snow River Bridges at a total of $26.1 million.

"The economic and quality of life benefits of the infrastructure law will become even more apparent as funding continues in coming years," adds ARTBA Chair Paula Hammond, a WSP USA senior vice president. "The beneficiaries of these long-term investments will be the American traveling public in their communities."

President Joe Biden signed the IIJA into law Nov. 15, 2021. Nearly 90 percent of IIJA's highway funds are dispersed by existing formula to states, with the remainder distributed through discretionary grant awards and other allocated programs.

This report was provided by the American Road & Transportation Builders Association who advocates for infrastructure investment and policy that meet the nation's need for safe and efficient travel.