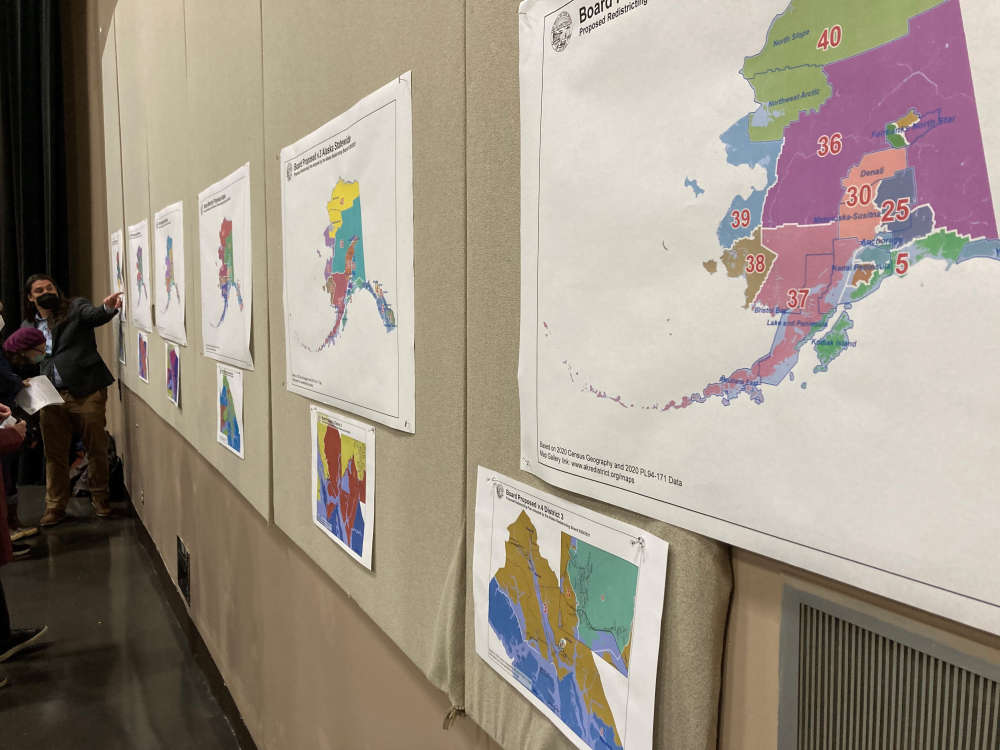 Juneau, Alaska (KINY) - During Monday's open house held by the Alaska Redistricting Board, which was put together to receive feedback on the proposed redistricting plans, board members said new lines will be drawn for the Juneau legislative districts.

Fairbanks Board Member John Binkley explained during the open house that of the board's five members, one is appointed by the Speaker of the House, one by the Chief Justice of the Supreme Court, one by the Senate president, and two by the governor. He said the board does not look at addresses, voting records, or political analysis, and said they look at the numbers of people, how the people congregate and how they should be put together.

After receiving the census data, the board is tasked with dividing the state into 40 legislative districts, each district coming out to about 18,335.

Though oral testimony was not planned at the event, the board decided to have oral public comment. Some of the public comments endorsed the proposed map as-is, other comments expressed frustration over the drawing of the new downtown district, in which legislative district lines landed where current valley representative Andi Story lives.

Juneau Board Member, Budd Simpson, said a number of people came into the meeting with the impression that the board had intentionally drawn a line around Andy Story's house.

"Everybody on the board has attempted to explain that that was not done intentionally, that it was a product of the way the census blocks are drawn, which we have nothing to do with," said Simpson. "We choose census blocks based on the population, and our attempt to get roughly equal populations into each district. Now, for the last couple of weeks, we've been getting a lot of comments on the way that particular line was drawn."

"So we have, in fact, gone back into it, looked at it, and it's not as compact as we would like to draw our districts anyway, so I took another run at it today with our executive director, running the computer while we looked at different alternatives, and I think we've drawn a cleaner line but is not going to look as much like there's anything unusual or intentional," he said.

Anchorage Board Member, Nicole Borromeo, also said the line was not done intentionally.

"The software is a bit finicky, and Budd Simpson has a severe disadvantage in mapping from Juneau tying in remotely with our staff in Anchorage," Borromeo said. "So the final map will not have a carve-out like that."

Another open house is being held in Haines Tuesday, Sitka will be next for the board Wednesday.

A final map of legislative districts in Alaska is due by November 10th.