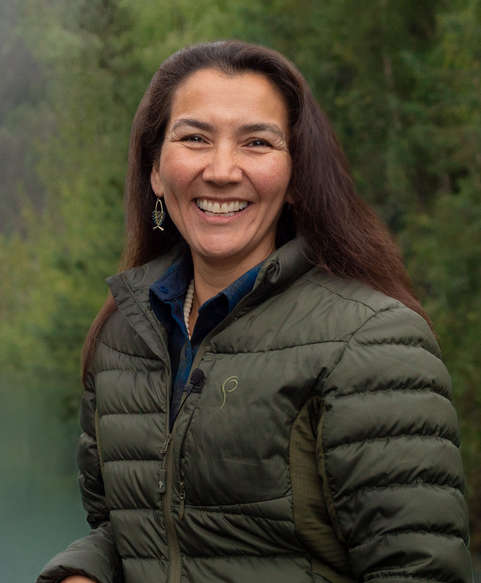 Peltola, 49, who is Yup’ik, is set to serve the remainder of the late Republican Rep. Don Young’s term, which ends in January.

“I feel a little bit of relief knowing that somebody will be down there that can really relate and understand what it is to be Alaskan, to be an Alaska Native and to have that connection to our homeland,” said Demientieff, executive director of the Gwich’in Steering Committee. The indigenous Gwich’in have fought for years against efforts to drill in the Arctic National Wildlife Refuge, and she hopes to lay out their concerns with Peltola.

Young, who died in March, held the seat for 49 years. Zack Brown, a former spokesperson in Young’s office, said that “many staffers over the years heard the Congressman express that he’d like to see the seat one day held by an Alaska Native woman.”

But even as Peltola celebrated Wednesday, when results of the Aug. 16 ranked choice special election were released, she was looking toward November, when she will once again face Republicans Sarah Palin and Nick Begich, her competitors in the special election. The November general election will decide who wins a full two-year term.

Peltola sought to stay above the fray during a campaign in which Begich cast Palin, the 2008 Republican vice presidential nominee and a former governor, as unserious and chasing fame.

Palin, who touted widespread name recognition and former President Donald Trump’s endorsement, questioned Begich’s Republican credentials and issued perhaps her strongest rebuke of him Thursday, saying “Negative Nick” had divided Republicans with his “dirty campaigning” and should drop out of the race. Begich comes from a family of prominent Democrats but has said he’s a lifelong Republican.

This was the first statewide ranked voting election in Alaska. Supporters of ranked voting say it encourages candidates to run positive campaigns to earn support from beyond their traditional bases.

Scott Kendall, who helped write the ballot measure passed by voters in 2020 that scrapped party primaries and instituted ranked voting in general elections, said Begich “ran a clinic on how to perform poorly in a ranked choice election.”