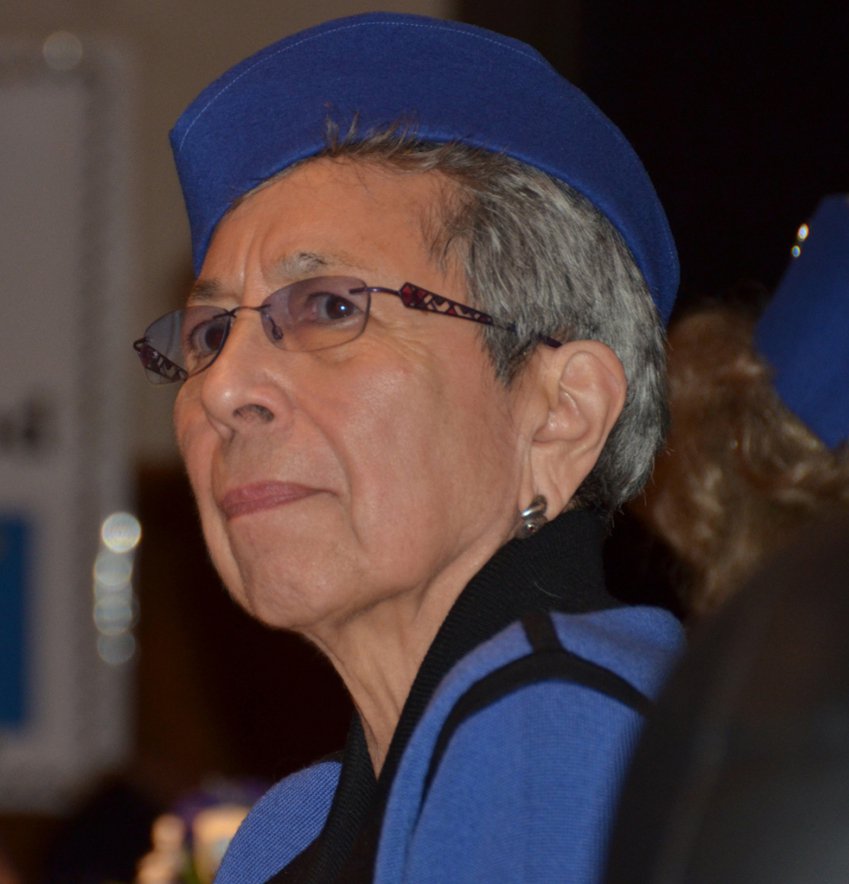 The group announced that Ethel Lund has been elected to the position.

"This honor was conferred upon her for rendering distinguished service in her leadership roles as an ANS Officer and her significant contributions to the betterment of her people throughout her life,” stated a press release. Lund's Tlingit name is Aanwoogeex', signifying "The Raven as he walked about when creating the earth”.

She was born to Carl Lund of Sweden and Martha Ukas of Wrangell. Lund is an ANS Life member of Camp 70 in Juneau where she was President in the late 1960s. Lund later served as ANS Grand Secretary and ANS Grand President.

As a young woman, Lund had wanted to become a nurse but contracted TB in her first year of nursing school at Portland, so she took courses in medical terminology. Years later she was essential in founding Southeast Alaska Regional Health Consortium and led that organization successfully from 1977 to 2000.

According to Gumboot Determination, Lund was the personification of that quality, rallying “the little old ladies from the villages” to form a health organization free from the Indian Health Service and Tlingit and Haida political upheavals.

When negotiations concluded in 1985, the result was hailed as “the largest, most important transfer of responsibility from the federal government to a Native American organization in the history of the United States”.

One of her many other accomplishments was as a founder and board member of the regional Sealaska Corporation.