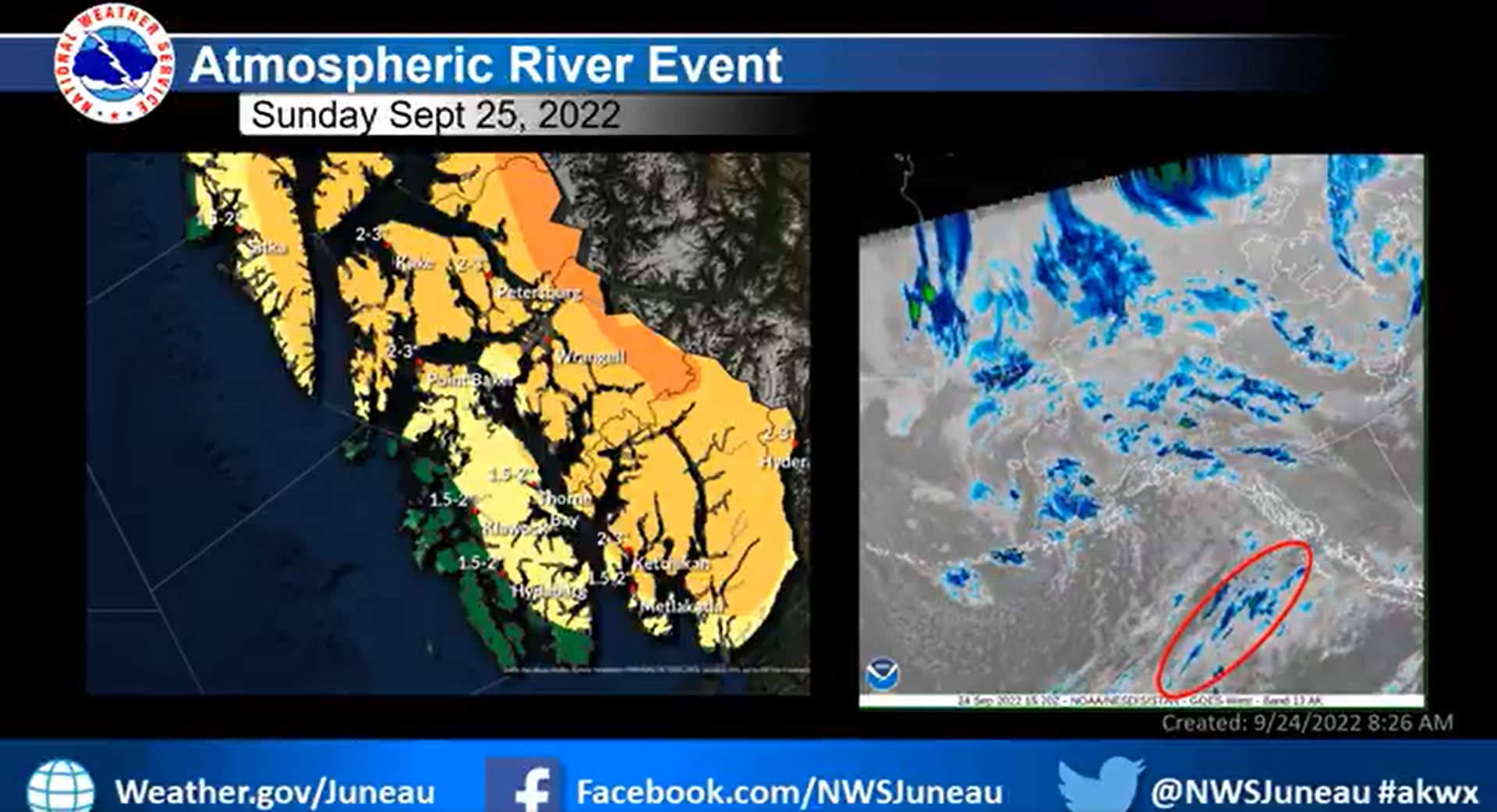 "We're looking at an atmospheric event coming in Sunday night going into Monday. The bulk of the rain is looking to be towards the Monday to Monday night area. We're looking at a grand total four-day event. It's going to start down in the southern Panhandle Saturday and kind of move its way up into the Juneau area come Sunday."

Compton gave an update on the atmospheric event Sunday evening, saying the expectation of 6-7 inches of rain went down to 3-4.

Compton said what to expect after Wednesday.

"After Wednesday we're going to be seeing somewhat of a lull period before there's going to be a new system that moves in towards the end of the week. At this point, it's not looking as strong but we probably will see a good deal of rain."

"So this summer was a little bit of a warm one when it comes to temperatures. Towards the beginning of the official summer period, it was much warmer than usual. We broke two records in late June to early July period, and then it kind of trended downward for more of a normal summer until just towards the ends and the August period where we bumped up a little bit about normal. As for precipitation, we were running just about normal to what's usual for the Juneau area. We were trending upwards in terms of precipitation towards the end, but overall we're almost exactly where normal is for Juneau."