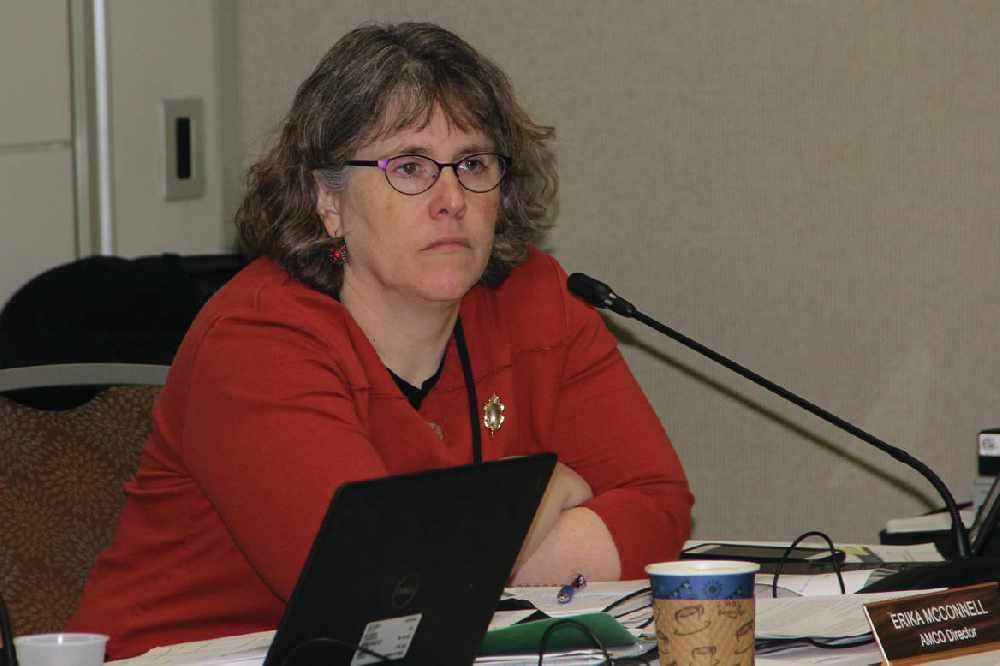 JUNEAU, Alaska (AP) — Alaska marijuana regulators expressed frustration Wednesday with the limited cooperation they say they're receiving with investigations from the state Department of Public Safety.

The dispute dates to last fall, during then-Gov. Bill Walker's administration, when an acting director of the Alaska State Troopers notified the Alcohol and Marijuana Control Office its investigators would no longer have access to certain databases.

Erika McConnell, the office's director, told the Marijuana Control Board access is based on one of two qualifications: being a criminal justice agency or peace officers.

She said it's debatable whether the office is a criminal justice agency but said "for decades" the state considered investigators related to the office's work peace officers. She said she's not clear on what changed.

Earlier this year, McConnell said the department had indicated in meetings that the factor of change was the addition of marijuana to the office's regulatory responsibilities.

A message seeking comment was sent to a Public Safety spokeswoman.

The Nov. 1, 2018, letter from Major Andrew Greenstreet, then-acting director of the Troopers, said access had been granted previously "by presuming" the office functioned as a criminal justice agency. But the letter says the office does not meet the qualifications for that and says that while state law grants some office employees "limited peace officer powers," those aren't sufficient for them to be considered peace officers.

McConnell told the Marijuana Control Board, meeting Wednesday in Anchorage, the department had agreed to provide information in the databases to office investigators when requested.

She said while some timely information has been provided, some requests "have been ignored or go unfilled even after repeated requests. So, this continues to be a frustration for the office."

Board member Loren Jones asked whether Attorney General Kevin Clarkson or Commerce Commissioner Julie Anderson could do something.

The chairmen of the Marijuana and Alcoholic Beverage control boards previously sent a letter to Anderson asking her to request from Clarkson a legal opinion on whether office investigators are peace officers, McConnell said.

Mark Springer, who chairs the Marijuana Control Board, said he did not receive a response.

Shawn Williams, an assistant commissioner with the commerce department, said by email late Wednesday that the new process for requesting information developed with the Department of Public Safety's help is a "workable arrangement since only two of AMCO's 432 investigations in 2018 resulted in criminal charges."

"To our knowledge, this process is working well and therefore, no opinion was requested," Williams wrote.

McConnell said she anticipated a letter from one or both boards being sent to Clarkson to request an opinion on the issue.

Meanwhile, the short-handed board voted to seek public comment on tweaks to first-in-the-nation statewide rules for allowing onsite use of marijuana at authorized stores.

Rules that took effect last month specify conditions stores must meet to be authorized for onsite consumption. The rules refer to stores in freestanding buildings, consistent with language in a statewide smoke-free workplace law, and have ventilation requirements.

The proposed changes would allow stores not in freestanding buildings to have onsite consumption of edibles only. They also would clarify that special ventilation systems would be required only for onsite use areas allowing smoking.

The board voted 2-1 to seek public comment on the revisions, with Jones dissenting. One board member was absent and one seat is vacant.

Springer had said all three members present would have to agree to approve something. But he was corrected after Wednesday's vote that the motion passed.

No businesses have been approved yet for onsite consumption.