Alaska Libertarians turn in over 5,000 signatures to get Presidential ticket on ballot 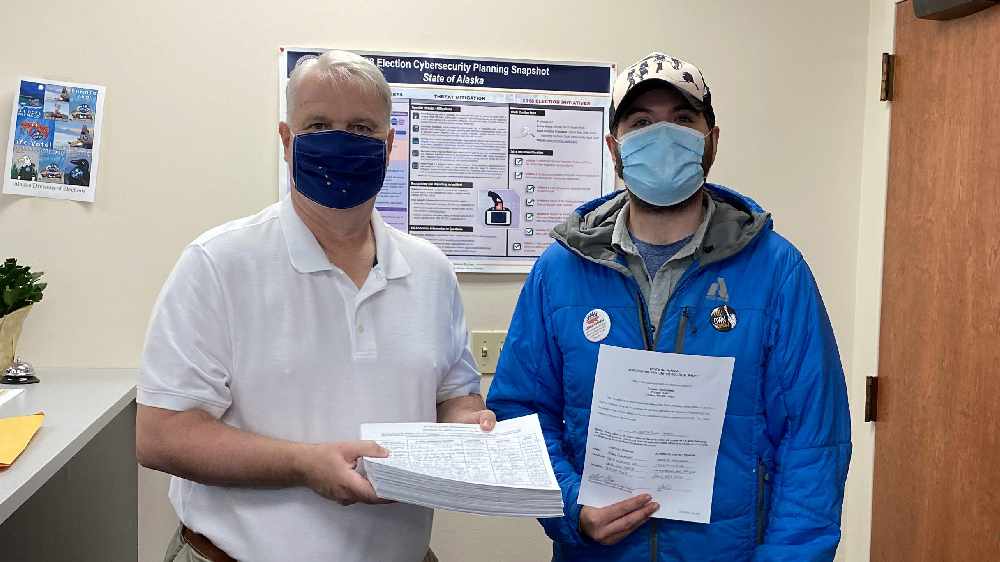 Scott Kohlhaas (left), Libertarian candidate for House District 16, and Adam Schwemley, ALP membership chair, turning in over 5,000 signatures along with an application for limited party status.

Juneau, Alaska (KINY) - The Alaska Libertarian Party has turned over signatures in order get the party's presidential ticket on the ballot.

The ALP had sought pandemic-related relief from the statutory provisions requiring that the party obtain voter signatures on petitions to qualify for placement on Alaska’s November 3, 2020, general election ballot, from both the State of Alaska and the courts.

"We have been met with opposition at every level of the State government, to include a response from the court that we, in essence, petition harder,” said Jon Briggs Watts, Chair of the Alaska Libertarian Party. "In the face of additional health risk for all concerned, the state’s callous disregard for constituent safety gave us no choice but to do just that, even amidst a steep rise in cases around Alaska."

Watts said that. rather than take an opportunity to be supportive and offer an open hand during this crisis, the "party system doubled-down on the preservation of their monopoly of control. But their actions continue to expose this as the harder they grasp, the more each individual sees this collectivist control for what it is."