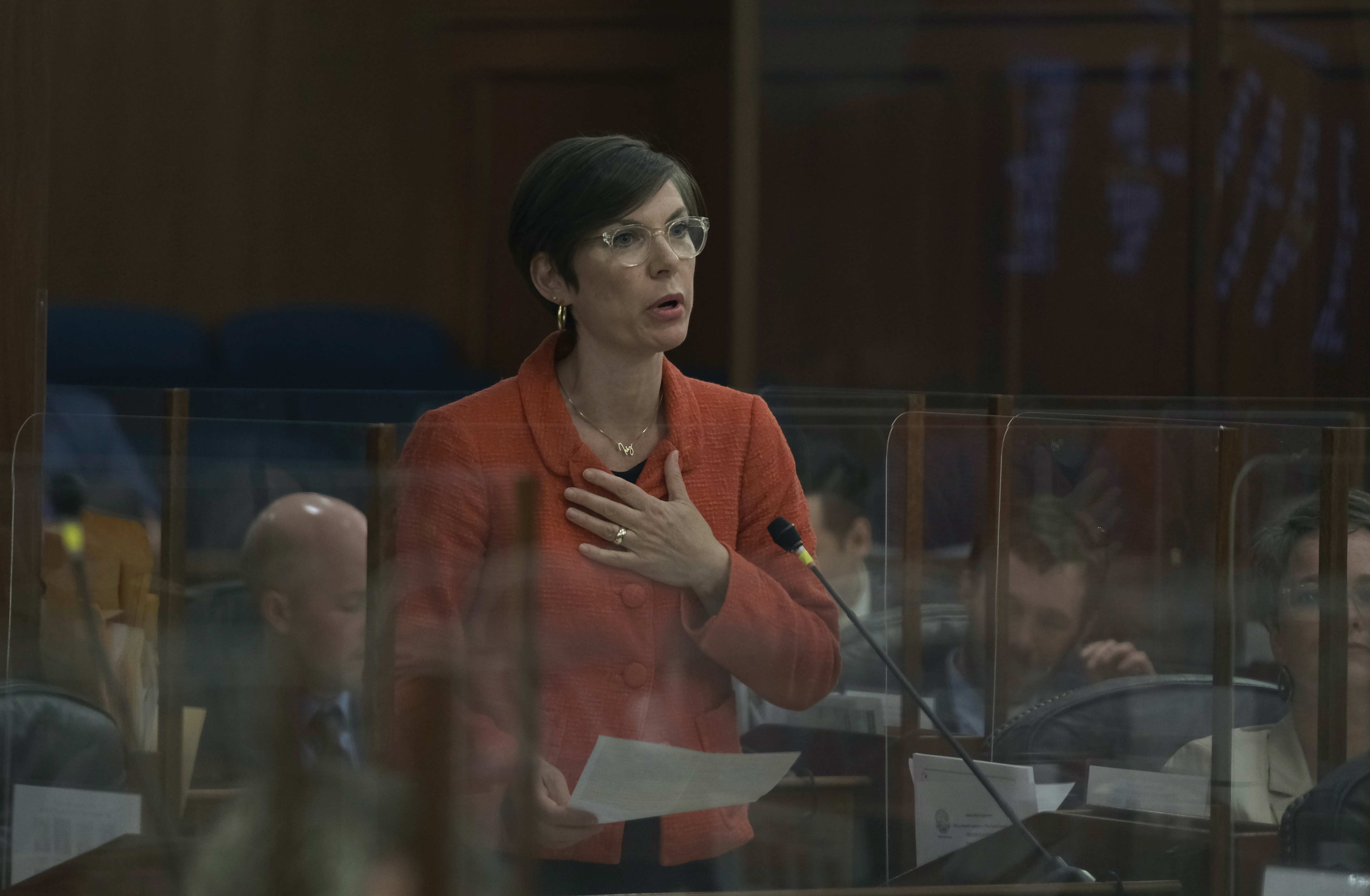 Juneau, Alaska (AP / KINY) - The Alaska Legislature approved a state spending package following a series of dramatic votes in the Senate on Wednesday and impassioned speeches highlighting the tensions over the annual dividend paid to residents and the frayed nerves after five months in session.

The budget would result in a $525 dividend this year and leave in doubt funding for other programs and projects after the Senate, like the House before it on Tuesday night, failed to garner sufficient support for a key vote.

But Senate leaders insisted work would continue toward trying to win the support needed for at least a $1,100 dividend and to keep funding for things such student scholarships, rural electric costs and other programs and projects intact.

“Those things being out there force these four sides to work together better,” Senate President Peter Micciche, a Soldotna Republican, said of the four caucuses involved. “I don’t think that’s a negative thing.”

Senate Majority Leader Shelley Hughes said funding for the dividend should have come from the earnings reserve.

"And I believe we could have done better," Hughes said. "And some may say, following me speaking or before we take the vote, that they are actually voting for $1,100 dollar PFD. They are not. They are voting at this point for a $525 dollar PFD. We could hope that it might, at some point, later in the summer, be $1,100 but there is no guarantee. Today, based on the vote in the other body, this is for a $525 dollar PFD period."

Anchorage Sen. Josh Revak said the budget "is what it is."

"It is one that does not require overdraws from the permanent fund," Revak said. "It does not spend more than we have as balanced. It doesn't not require massive taxes to sustain. I guess I have to ask myself am I willing to push myself towards a government shutdown in order to increase spending, I don't even care what it is for, one thing or the other, is that a responsible thing? And I tell myself, no! That is not a responsible thing."

Minority Leader Tom Begich addressed the senate president and the majority caucus, saying its their responsibility to pass a budget.

“Here we are,” Von Imhof said. “Here I am. Here we all are away from our families debating a dividend. The greed and the entitlement is astounding to me! I just don’t fathom it! My father is at home dying from cancer and I am here listening to the biggest crock of crap I have ever heard! I am so sick of it. Get a grip people. Vote for this budget!”

Sitka Sen. Bert Stedman said the Legislature can come back in August to address the lower dividend in the event the votes to access the constitutional budget reserve aren't approved this special session.

“Then the $1,100 dividend goes partially unfunded,” Stedman said. “It doesn’t die. We come back in August and we fix it. Just takes the appropriation. It is already on the books. That is all it takes.”

The proposed budget at first failed 10-8, one shy of the required 11 votes.

Sen. Lyman Hoffman moved to reconsider the vote, and the senate went into a break.

After the break, the Senate voted again and passed the budget 11-6. Between the votes, Sen. Hoffman had changed his vote from no to yes.

Sen. Bill Wielechowski voted no in the first vote, but was shown as excused in the second vote.

The budget would result in a $525 dividend this year and leave in doubt funding for other programs and projects after the Senate, like the House before it, failed to garner sufficient support for a key vote.

But Senate leaders insisted work would continue toward trying to win the support needed for at least a $1,100 dividend and to keep funding for things such student scholarships, rural electric costs and other programs and projects intact.