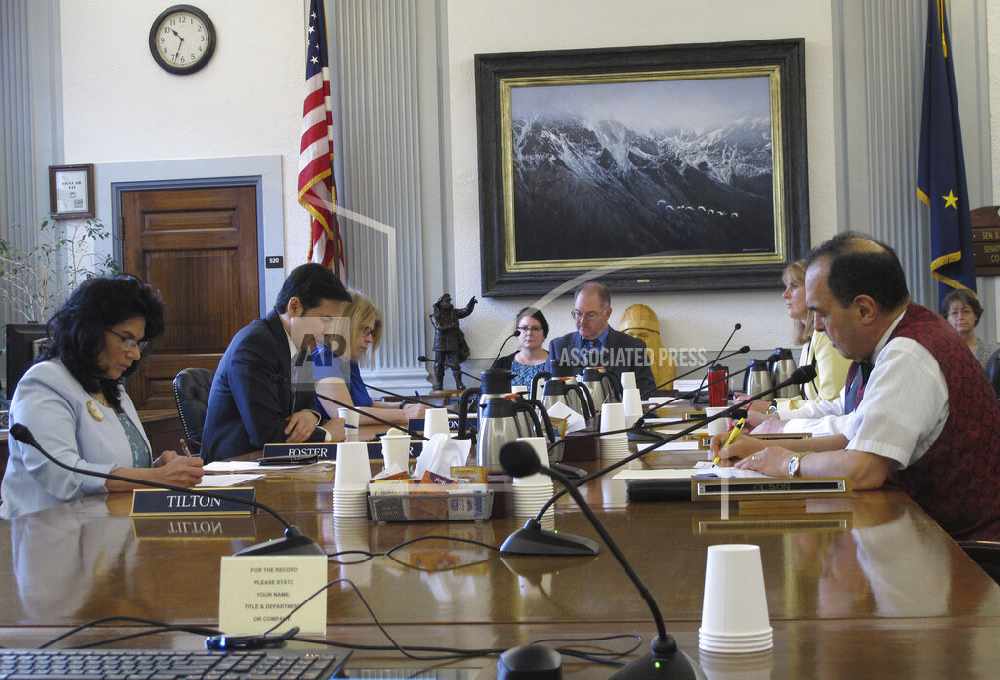 By BECKY BOHRER Associated Press JUNEAU, Alaska (AP) — It's crunch time for Alaska lawmakers, who face a looming deadline to complete their session and decide some of its thorniest issues.

Wednesday will mark the 121st day of the regular session, the constitutional limit though a 10-day extension is allowable. Lawmakers last month blew past a 90-day voter-approved session limit, which wasn't seen as realistic given Republican Gov. Mike Dunleavy's budget wasn't released until a month into session and the House didn't organize until around the same time.

Legislative leaders have targeted Wednesday to finish but lawmakers must agree on the budget, a dividend amount for residents this year from Alaska's oil-wealth fund, the Alaska Permanent Fund, and a sprawling crime bill.

"These are big decisions that honestly have been put off for a long time," she said.

The last several years have been marked by fights over how to address a persistent budget deficit and a strong reliance on savings to fill the gap. Amid a continued drawdown of savings and disagreement over taxes, lawmakers last year began using permanent fund earnings — the fund long used to pay annual dividends to residents — to help pay for government. They also sought to limit what can be withdrawn for government expenses and the dividend.

The longstanding formula for calculating the dividend hasn't been followed the last three years, and some lawmakers say it's outdated and unsustainable. Others contend that until the law is changed, the calculation should be followed. Paying a full dividend this year would cost $1.9 billion.

The Senate version of the budget, which included a full dividend, left a $1.2 billion gap that would need to be filled.

"But on the other hand, we also want to protect essential services," Edgmon said.

Tied into this is debate over whether to transfer billions of dollars from fund earnings — which can be spent with a simple majority vote — to the fund's principal, which has constitutional protections. The earnings reserve was valued at $18.4 billion at the end of March.

Dunleavy has supported a full dividend payout but also called for matching spending with revenues. He has not ruled out possible vetoes or calling a special session if he's unsatisfied with what the Legislature produces. Dunleavy has shown no interest in any new statewide taxes, and lawmakers this year haven't seriously debated any.

He also has raised questions about the constitutionality of school funding that lawmakers last year approved for the upcoming fiscal year.

Attorney General Kevin Clarkson has said he believes the appropriation is unconstitutional because it has the effect of binding the governor and is an improper dedication of funds. Legislative leaders have stood behind their actions last year as valid and Edgmon said they haven't seen a need to revisit the issue.

Dunleavy spokesman Matt Shuckerow said based on Clarkson's opinion, "the funding is not there," and Dunleavy has could call a special session to try to force the Legislature's hand.