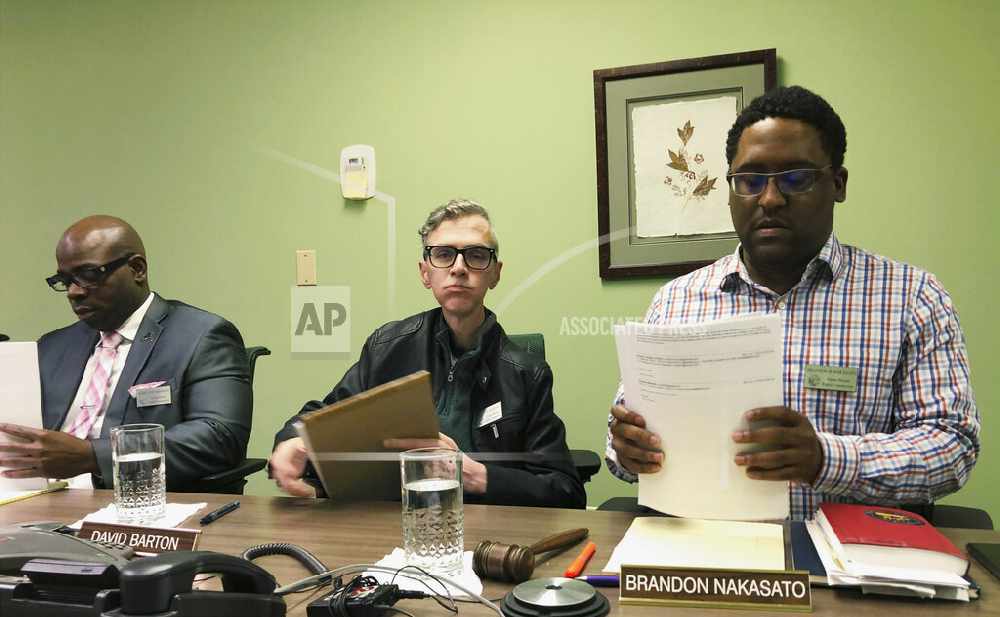 Marti Buscaglia faced criticism for questioning as racist a "Black Rifles Matter" sticker on a truck in the commission's parking lot.

Chairman Brandon Nakasato said the commission was unable to reach a decision based on its discussion during an extended executive session. He said members would try to meet again soon, perhaps yet this week.

He confirmed the meeting in Anchorage was related to an investigation requested by Gov. Mike Dunleavy. Nakasato said he expected any decision made by the commission to be done publicly.

Dunleavy sought an investigation after commission executive director Marti Buscaglia last month posted on the commission's Facebook page a picture of a "Black Rifles Matter" sticker on a truck in the commission's parking lot she said she thought was racist. She said the post included a picture and asked: "In what world is this OK?"

Brent Linegar, who has a plumbing and heating business, has said the truck was his and that his company was doing repairs at the building that day. He has said that he understood the stickers to be about gun safety and "Second Amendment awareness."

Buscaglia said she removed the post amid strong reactions, writing on Facebook that the post offended many gun owners who interpreted it as the commission being against the right to own guns, which she said was not the case.

"Our concern was with the connotation of the statement to the Black Lives Matter movement," the new post read.

Buscaglia did not attend Monday's meeting and previously did not respond to a request by The Associated Press for further details on the meeting. An email seeking comment was sent to her after hours Monday.

Dunleavy spokesman Matt Shuckerow said on March 22 that the investigation sought by Dunleavy had been completed and sent to the commission's chair. "We await their consideration," he said by email.

Nakasato said the report requested by Dunleavy was the purpose for the meeting. He said the private portion of Monday's meeting consisted of discussion.