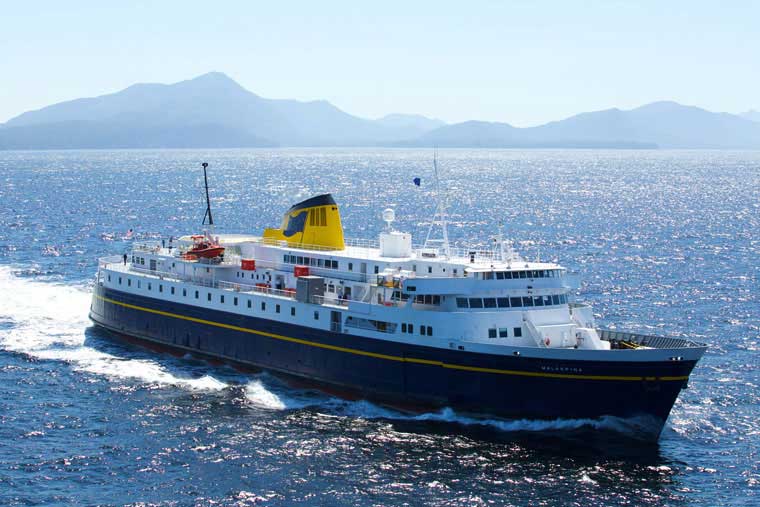 Juneau, Alaska (KINY) - After concluding a request for interest and reviewing four proposals, the State of Alaska has entered negotiations to sell the Malaspina to an Alaska-based domestic buyer, Malaspina, LLC, headquartered in Ketchikan.

A release from the Department says that Malaspina LLC's proposal meets the State's goals to preserve the Malaspina, as well as showcase the Alaska Marine Highway System history for Alaskans and visitors. Malaspina LLC and the DOT have agreed to negotiate in good faith on the sale of the vessel.

Malaspina LLC's letter of interest outlines a plan to use the Malaspina to showcase Alaska's maritime history and support a Ketchikan-based tourism business.

Among other uses, they propose keeping the Malaspina in Ketchikan and using the vessel as a maritime museum. They also propose to explore opportunities for the ship to serve as a training facility for the University of Alaska's Maritime Training Center in Ketchikan.

Constructed in 1963, the Malaspina was the first AMHS ship to enter service and is named after the Malaspina Glacier, located in Wrangell-St. Elias National Park & Preserve. Due to high repair costs, it has been moored at Ward Cove in Ketchikan in long-term layup since December 2019.

Repair estimates were initially around $16 million, but have increased substantially since discovering significant steel damage, along with estimated midlife conversion requirements and the ship's need for a repower, including engines, reduction gears, and propellors.