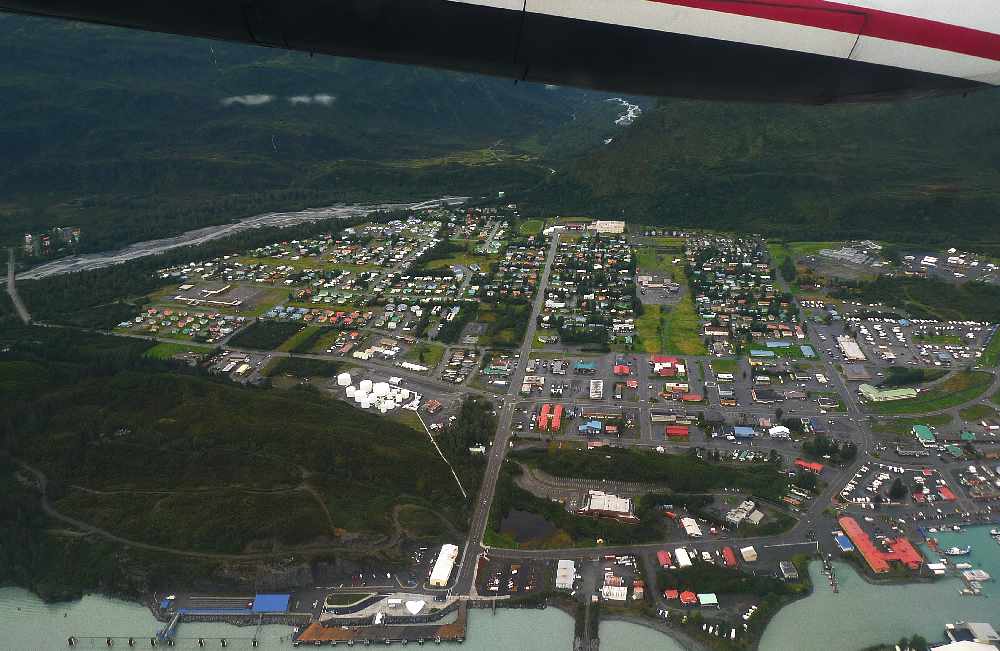 An aerial view of the City of Valdez. Photo credit to Wikipedia.org

ANCHORAGE, Alaska (AP) — An Alaska community has criticized the process used to select the terminus of the proposed $43 billion Alaska LNG Project, a report said.

An environmental review by federal regulators indicates Nikiski is the preferred location, but the city of Valdez has protested, The Alaska Journal of Commerce reported

Only one of about 3,800 pages is devoted to analyzing a route to Valdez while the report "ignores the substantial advantages" the route offers, said Valdez city officials.

Previous investigations have determined using Valdez would cause the least amount of environmental damage, largely because the pipeline would follow the existing Trans-Alaska Pipeline System route, city officials said.

"FERC appears to have taken (Alaska Gasline Development Corp.'s) unsupported assertions regarding the impacts of the Valdez Alternative at face value without conducting the additional research or analysis mandated by (the National Environmental Policy Act)," the city stated.

Nikiski was selected in 2013 when ExxonMobil was leading early project work in a consortium with BP, ConocoPhillips and the state.

"The ongoing permitting process incorporates more than 150,000 pages of data and should give Alaskans confidence that the project's merits and impacts are being rigorously scrutinized," said interim AGDC President Joe Dubler.