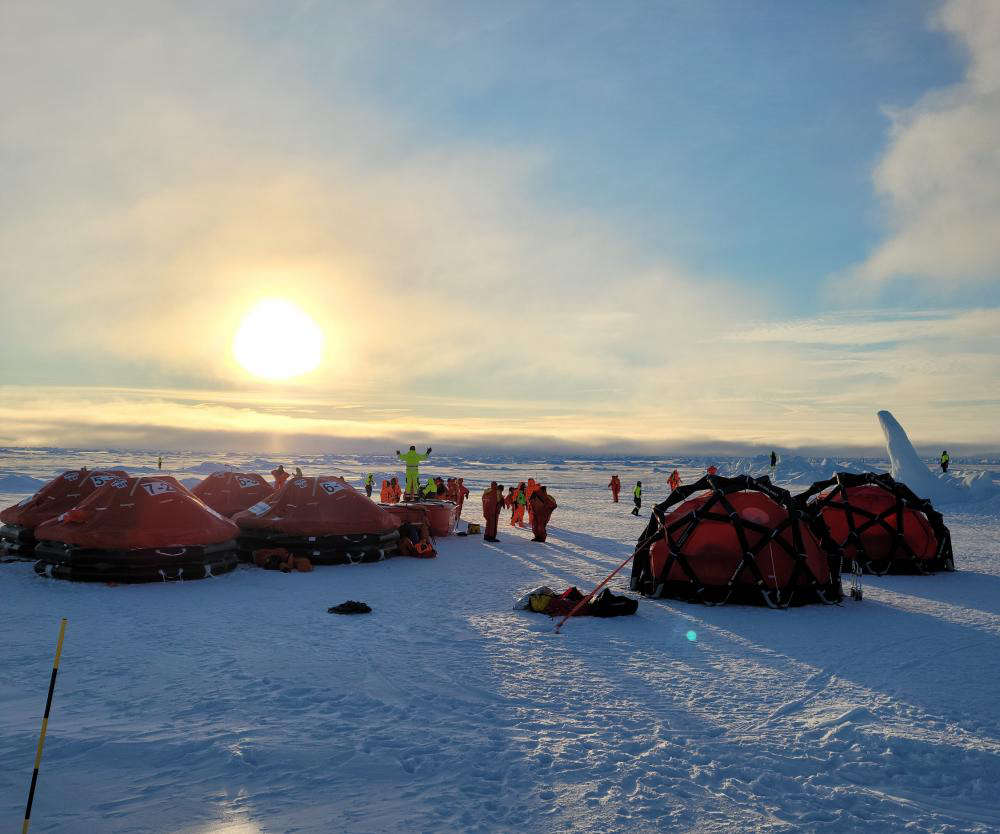 The sun shines over the camp where participants endure a 24-hour survival exercise in the North Pole, Sept. 7th, 2021. (Photo Courtesy of Coast Guard.)

Juneau, Alaska (KINY) - Two members from the Alaska Coast Guard District participated in an international search and rescue exercise at the North Pole.

A cruise ship company that had recently created an icebreaking capable ship was attempting to go to the North Pole. The company had invited the Coast Guard to help do a summer test of their ability to both survive on the ice in the event of an emergency and test emergency communications. The ship was the first French flag vessel that made it to the North Pole.

Aaron Riutta, Lt. Commander at Coast Guard District 17, said for this vessel, the company is looking to do summer icebreaking cruises up to the North Pole and into the Arctic Circle and said that since they're focusing on the summer, they were doing a summer test of their capability and the Coast Guards. 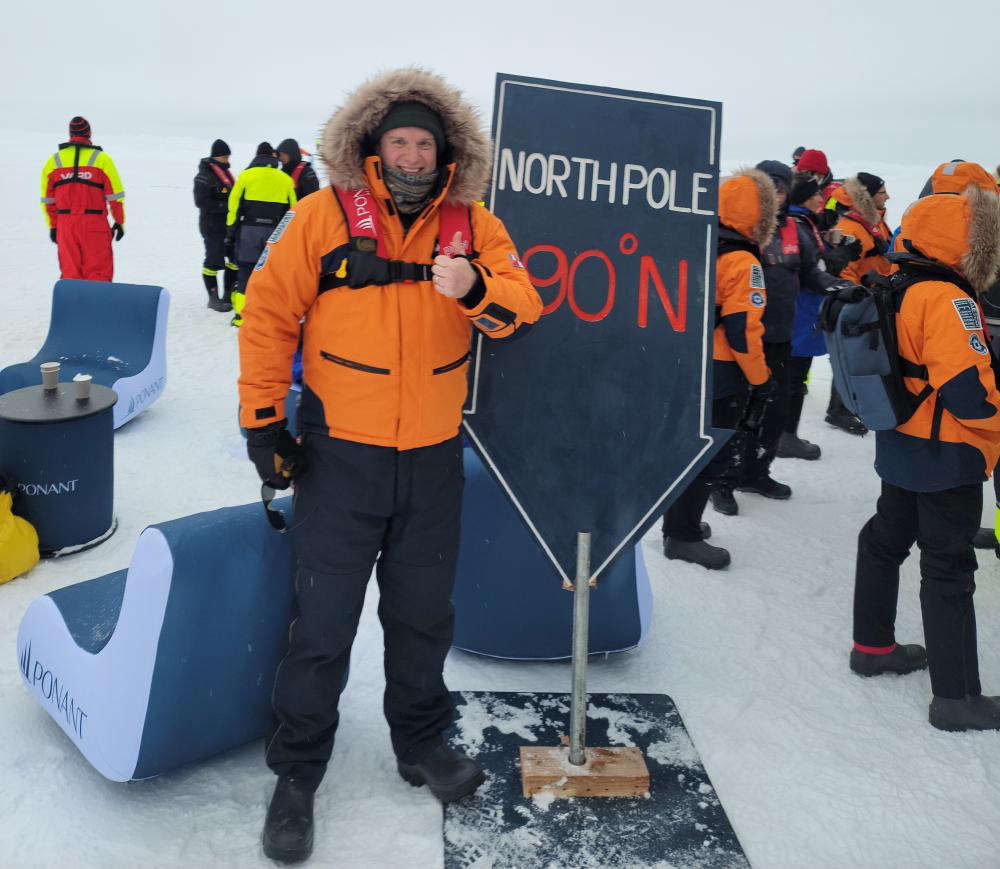 Riutta was one of the two Alaska coast guard participants in the exercise. He said that with a possible increase in traffic going to the arctic, they need to stay vigilant.

He says that the exercise went well with a successful test of the ship's distress signal, which is sent out to international arctic search and rescue countries. Greenland, Iceland, Russia, and Norway had reported successfully receiving the test signal.

Another part of the exercise was setting up a polar camp. Riutta said the Coast Guard and members from the cruise company participated and stayed on the ice for 24 hours to test using the ship's equipment, the survival, and to provide the Coast Guard's input. He said the exercise aided those present in providing an understanding of an arctic search and rescue scenario.

Riutta said a big learning point to understand during an emergency in the remote arctic is mentally preparing yourself.

"You're out there, you don't know when help is going to be coming, it could be up to five days per polar code and so you're out there and trying to just keep your mind busy focused on tasks and then just, frankly, wait for whatever rescue may come."