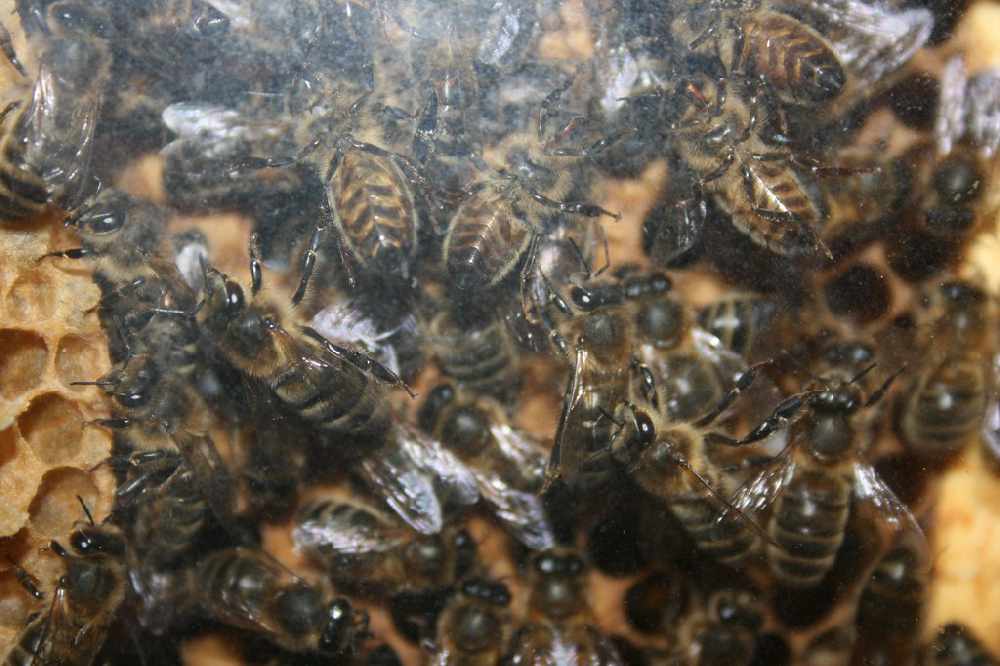 FAIRBANKS, Alaska (AP) — Some Alaska beekeepers believe there is a connection between pesticides and an increase in honeybee deaths, a report said.

The borough can investigate, but does not have the authority to regulate pesticide sprays, assembly members said.

The first time a spray occurred near Lisa Hay's hives, she noticed what appeared to be a pile of leaves but turned out to be a mound of dead bees. Inside the hive, bees were bumping into the walls and walking as though "intoxicated," she said.

"They'd come off the hive entrance and fall into the ground," Hay said, adding that their honey was discolored while the wax was unusually thick.

Hay singled out bifenthrin and deltamethrin, insecticides that are legal in the U.S. but must be certified for use on Alaska properties.

Pesticides can drift between different properties if multiple pest elimination services are spraying in the same area, beekeepers said.

Signs for several pest control services have appeared in the neighborhood where Debra Reeves lives and keeps bees. She has found a mound of dead bees and incapacitated bees on their sides.

Her bee supplier advised she move the hives away from her property.

"If I have to move my bees, I will follow my bees, but I don't think that's a good solution to what's going on," Reeves said.