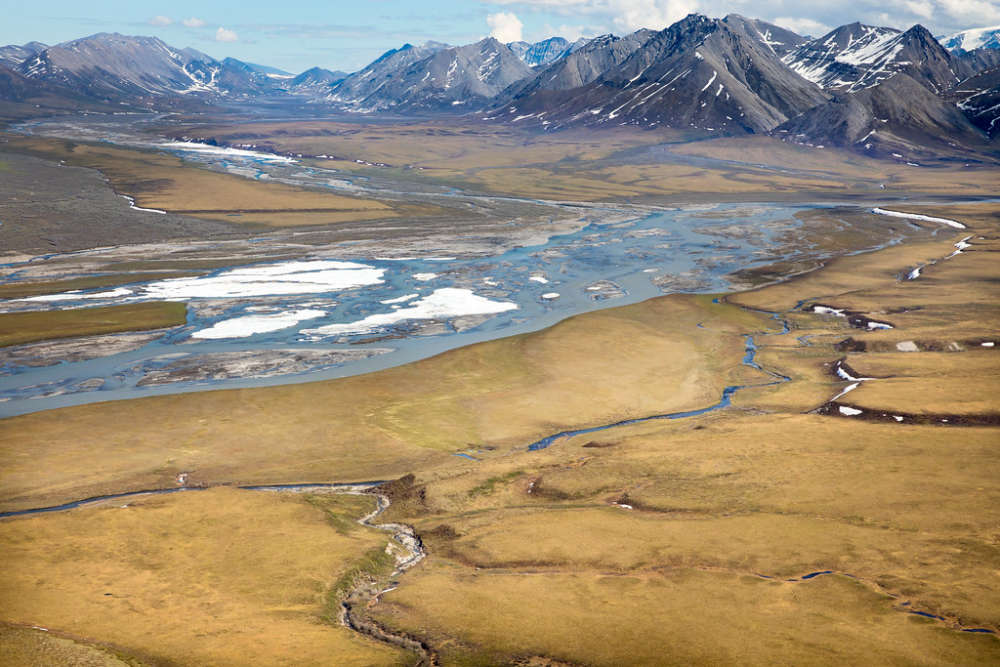 "Canning River and Brooks Range" by USFWSAlaska is marked with CC PDM 1.0.

Juneau, Alaska (KINY) - The State Department of Law said Wednesday that they are challenging a decision that found land in dispute at the northwestern boundary of the Arctic National Wildlife Refuge belongs to the federal government and not the State of Alaska.

The decision was made in 2020 by the Interior Board of Land Appeals.

In 2016, the Bureau of Land Management denied the State’s request for land conveyance, which, if granted, would have recognized the State’s ownership of the land.

Attorney General Treg Taylor said there is about 20,000 acres of public land at stake.

Alaska is arguing that the Bureau incorrectly surveyed the western boundary of ANWR.

The legal boundary of the refuge is described as the Canning River but the maps provided by the federal agency put the boundary several miles to the west, at the Staines River.

Public Land Order 2214, which established the northwestern boundary of ANWR, describes the boundary as extending from Brownlow Point southwesterly to “the extreme west bank of the Canning River.”

In a release, the state relayed the Interior Boards findings, which they said showed the intent of the public order was that the boundary follow the extreme west bank of the Canning River to an undescribed point, then climb a nine-foot embankment, then cross over 10 miles of open tundra, and then, finally, follow the west bank of the Staines River to its mouth.

Taylor said the boards view of the intent of the location is strained at best.

“Had BLM properly recognized the boundary of the refuge as the Canning River, the State would have received the disputed acres by operation of the Alaska National Interest Lands Conservation Act,” he said.

The State is now pursuing an appeal of IBLA’s decision in federal district court.