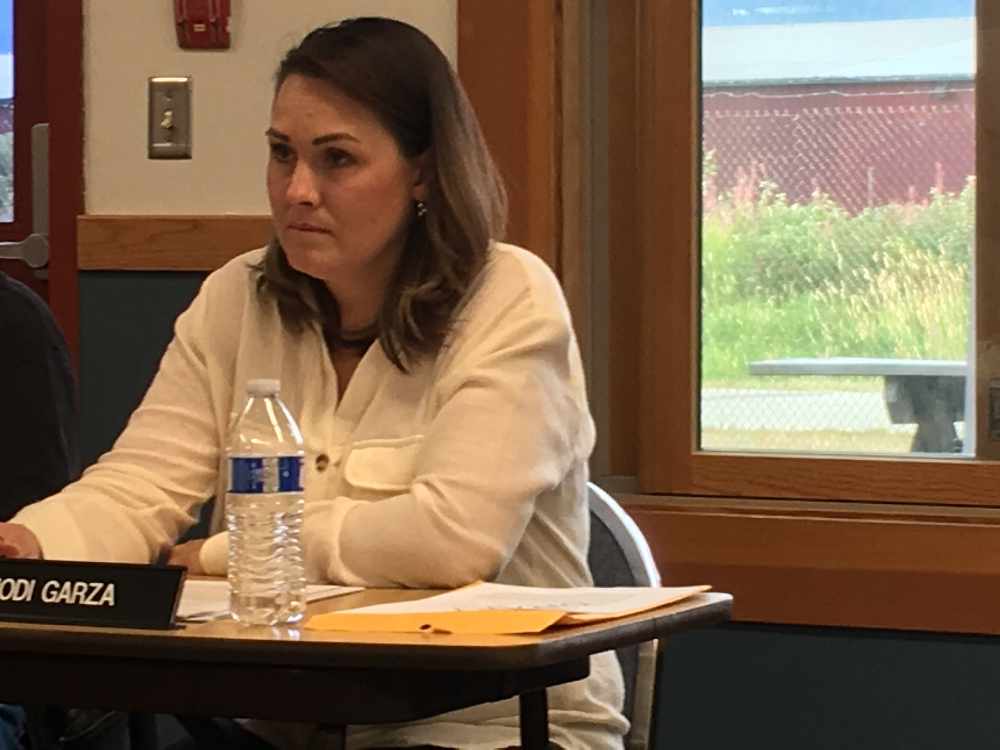 Jodi Garza was recently appointed to the CBJ Airport Board (Photo credit to Charles Murphy).

The board learned that the Marine Engineers’ Beneficial Association union ratified a new three-year contract on August 6.  The agreement calls for a two percent general pay hike in the first year, and a $500 lump sum payment for full-time employees who were employed on July 1.

The Assembly also recently approved a new contract with the Public Safety Employees Association.  Sworn officers at the airport will see a six percent increase, dispatchers receive three percent, and all non-sworn PSEA members, two percent.  Non-sworn members will also receive a $500 lump sum payment if they were employed on July 1.

The Airport Board approved the transfer of $60,221 of sales tax funds from the Gate 2 Passenger Boarding Bridge Project.  They also approved the transfer of $140,000 in sales tax funds from the Snow Removal Equipment Building and Sand/Chemical Design project to the Sand/Chemical Construction project, for non-FAA grant-eligible expenses.

The board also learned a project to remove trees over 20 feet high on the dredged island on runway 26 has been completed.  Last Frontier Forestry and Tree Service completed the work for $8,900.

The live drill held on July 20 included over 120 public volunteers along with staff from multiple agencies and departments.

The Transportation Security Administration will replace bag screening equipment at the airport.  One replacement takes place this month and the second next February.  There is no planned disruption for travelers.

The airport staff has offered a lease amendment with the gift shop to temporarily relocate during the construction of the north terminal expansion.  Space is located across from Delta Air Lines.   It will be a temporary space for the gift shop to use.  The gift shop owners had complained in July about a lack of space offered for them to do business during construction of the terminal.  Wahto said the owners of the gift shop must commit to the temporary space by the end of August.  Airport officials plan to meet with the owners next week.  “They have been a very valuable concessionary tenant at the airport.  We think this agreement is fair,” she added.

The Airport Board will hold monthly meetings at the Glacier Fire Station Training Room while the north terminal is expanded.

Republic Parking is interested in upgrades for the two exit booths in the public pay parking lots.  Both booths are in poor condition.  The company would like to remove and replace the booths.  One of the booths would be unmanned and fully automated.

The board will elect officers at the Sept. 10 meeting.

Jodi Garza attended her first Airport Board meeting.  David Epstein was honored for nine years of service to the Airport Board.