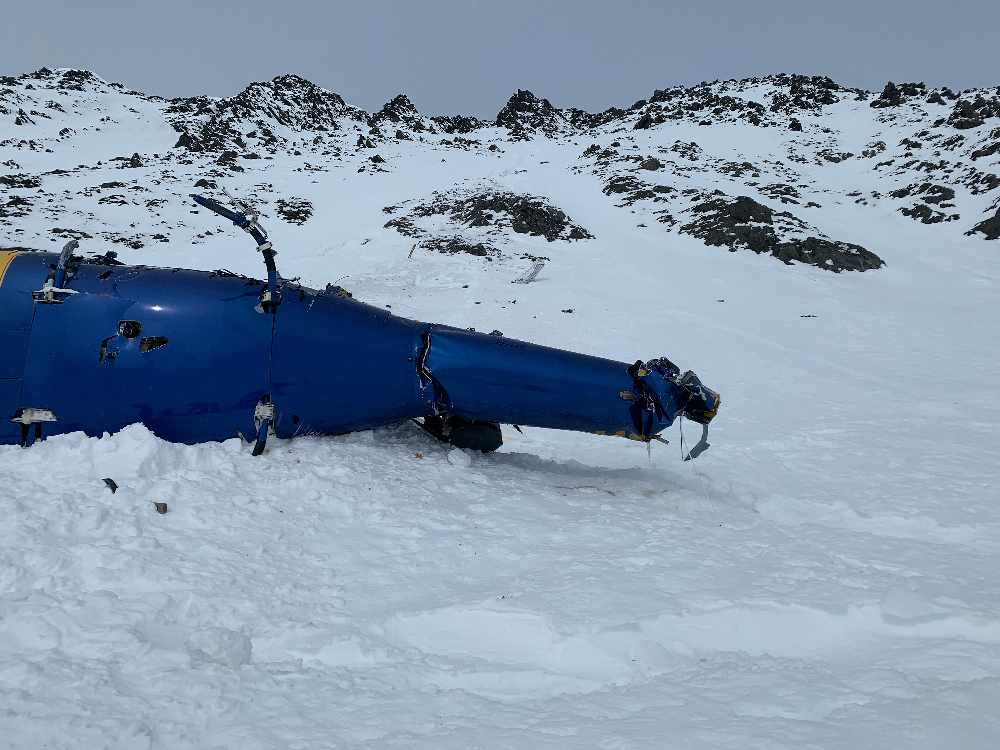 Photo from the crash site near Knik Glacier (Photo Courtesy of the Alaska Mountain Rescue Group.)

Juneau, Alaska (KINY) - The Alaska Army National Guard and volunteers from the Alaska Mountain Rescue Group have recovered the deceased from the helicopter crash site near Knik Glacier, according to a dispatch from Alaska State Troopers.

The injured passenger remains in serious but stable condition and is receiving medical care at an Anchorage area hospital, according to the dispatch. The survivor is identified as 48-year-old Czech Republic resident David Horvath.

The helicopter was an Airbus AS350B3 owned by Soloy Helicopters of Wasilla.

The group is believed to have been heliskiing in the area.

The National Transportation Safety Board will conduct an investigation into the cause of the crash.

The deceased were taken to the office of the  Alaska State Medical Examiner. The temporary flight restriction that was in place over the Knik Glacier area has been lifted, according to the dispatch.

Meanwhile, Kellner was a billionaire and noted as the Czech Republic's richest man. Czech Prime Minister Andrej Babis has offered his condolences to the family. He has called it “an unbelievable tragedy.” Kellner was a majority owner of the PPF Group, an international investment company. His wealth was estimated by Forbes at $17.4 billion.