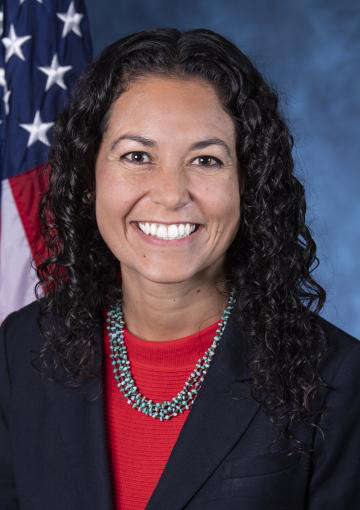 Juneau, Alaska (KINY) - A top U. S. Department of Agriculture official weighs in on the department's one-half million investment to help build a mariculture processing facility on Prince of Wales Island in Southeast Alaska.

The department will be working with the Southeast Conference, which calls it a game-changing opportunity.

Undersecretary Torres Small was asked to respond to the comment from Executive Director Robert Venables during an interview with News of the North.

Undersecretary Small was asked how the idea for a facility on Prince of Wales came together.

"That's one of the things I love about rural development is that we have offices all throughout the country, including all across Alaska, and we've got folks on the ground talking to the real movers and shakers in communities and towns across Alaska, working on how we can identify their vision for their community and help bring it to life," she said. "And that's what happened here in conversations with the Southeast Conference really excited local rural development team on the ground and that went out to get us to put in this investment for this cooperative agreement."

The timeline for completion of the project is 18 months, but the Southeast Conference is shooting to get the facility fully designed so it can go out to bid next year.

“Creating sustainable economies in rural and remote communities can be challenging, but this investment, in recognition of the promise that Alaska’s unique and growing mariculture industry holds, is important progress. This new facility will create jobs and support a growing industry in our state. While finfish and shellfish are two pillars of the seafood economy in Alaska, the commercial use of kelp and other seaweeds for food and other purposes is on the rise in many of our coastal communities. I commend USDA for giving Southeast Conference the opportunity to use their local knowledge to create a blueprint for a culturally and geographically appropriate facility,” said Alaska US Senator Lisa Murkowski. “I’ve long said that those who work in the seafood and mariculture industries are truly the farmers of the sea and have been a strong advocate for Alaska’s Blue Economy with the administration. We appreciate this investment and look forward to seeing its positive impact on this rapidly growing industry.”