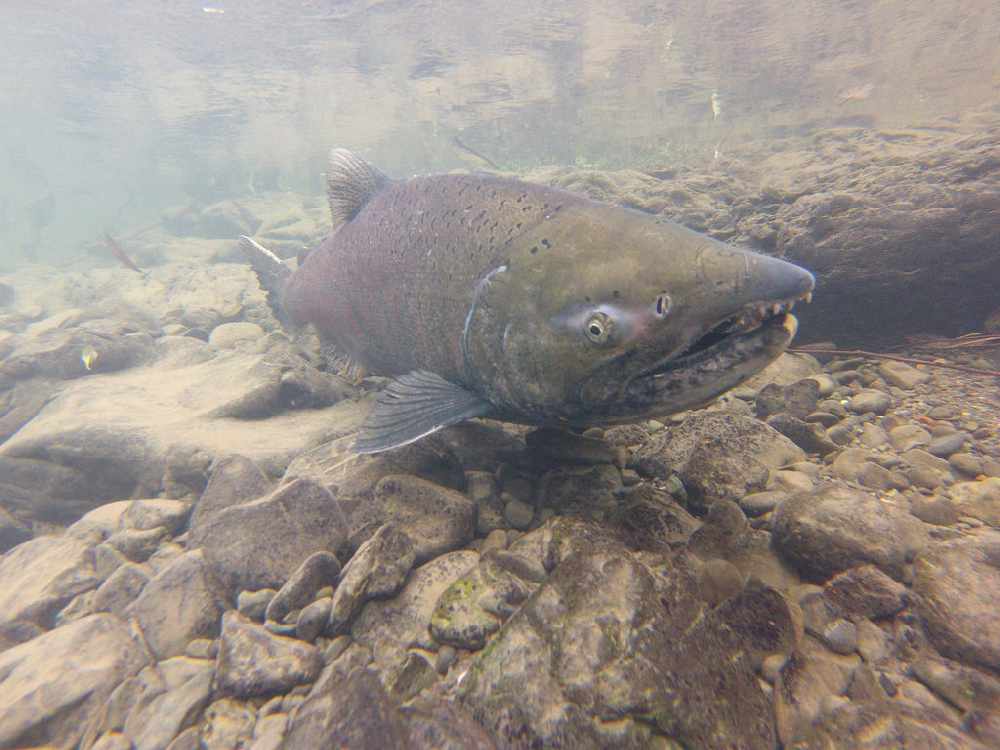 Juneau, AK (KINY) - The Alaska Department of Fish and Game have released the 2018 preseason Chinook salmon all-gear harvest limit for Southeast Alaska under provisions of the Pacific Salmon Treaty. That limit is 130,000 "treaty fish".

Compared to last year's limit, this year's all-gear harvest is nearly 80,000 fish lower. A 10% reduction in response to conservation needs for Southeast Alaska Transboundary River, and Northern British Columbia Chinook salmon stocks is also included in that figure. More information about how the 130,000 limit came about can be found on the ADF&G website.

The all-gear harvest limit for Southeast Alaska is determined by the Chinook Technical Committee of the Pacific Salmon Commission and is based on the forecast of an aggregate abundance of Pacific Coast Chinook salmon stocks (Alaska, British Columbia (B.C.), Washington, and Oregon) subject to management under the Pacific Salmon Treaty.

The SEAK Chinook salmon all-gear harvest limit is allocated among sport, commercial troll, and commercial net fisheries under management plans specified by the Alaska Board of Fisheries as follows:

According to the press release from ADF&G, the SEAK, Transboundary River, and Northern B.C. Chinook salmon stocks are experiencing unprecedented levels of poor production; record low runs were observed for many of these stocks in 2017. Forecasts indicate continued poor levels of production in 2018.  In an effort to bolster spawning escapements, Alaska and Canada are coordinating fisheries management per treaty obligations to minimize harvest of these depressed Chinook salmon stocks.

Information on allocations and regulations that will be in place for the 2018 season can be found in news releases from the ADF&G Division of Sport Fish and Division of Commercial Fisheries (links below).