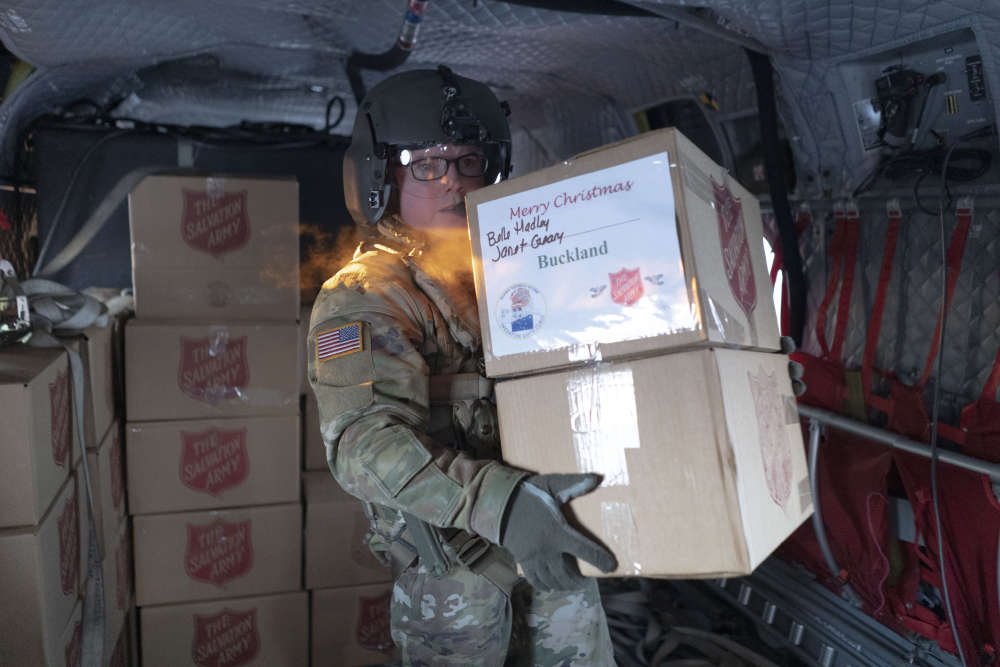 In an annual tradition named "Operation Santa Claus," the guard this year delivered gifts to kids in Buckland and Chevak.

Buckland received their gifts after they were transported 139 miles northeast from Nome on a CH-47 Chinook helicopter Dec. 14. A UH-60 Black Hawk helicopter is staged to fly the gifts 118 miles northwest of Bethel to the village of Chevak once weather permits.

In partnership with the Salvation Army, National Guard Soldiers and Airmen helped pack, load, transfer, and unload the cargo going to both communities' nearly 650 kids.

“It’s kind of hard for [the villages] to enjoy a Christmas like it used to be with all that’s going on,” said Sgt. 1st Class Joseph Sallaffie, facility attendant at Bethel’s National Guard armory. “It makes a difference.”

“It means a whole lot [to the children],” said Sallaffie. “Bringing presents out to the villages in these tough times, it’s pretty awesome.” 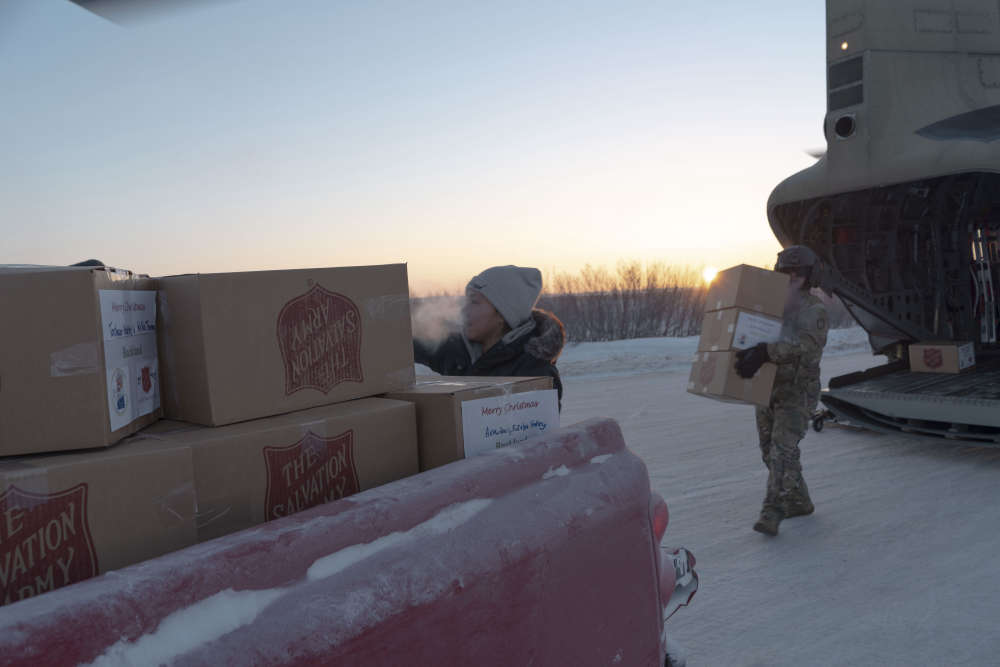 Above - Residents team up with Alaska Army National Guard soldiers to unload two hundred sixety-one gift packages from a CH-47 Chinook helicopter in Buckland, Alaska during Operation Santa Claus, Dec. 14, 2021. Below - Members for the 176th Wing, Alaska Air National Guard unload pallets of gifts from an HC-130J Combat King II aircraft Dec. 2, 2021, at Nome, Alaska, before they are loaded onto an CH-47 Chinook helicopter for further delivery to Buckland as part of Operation Santa Claus 2021. 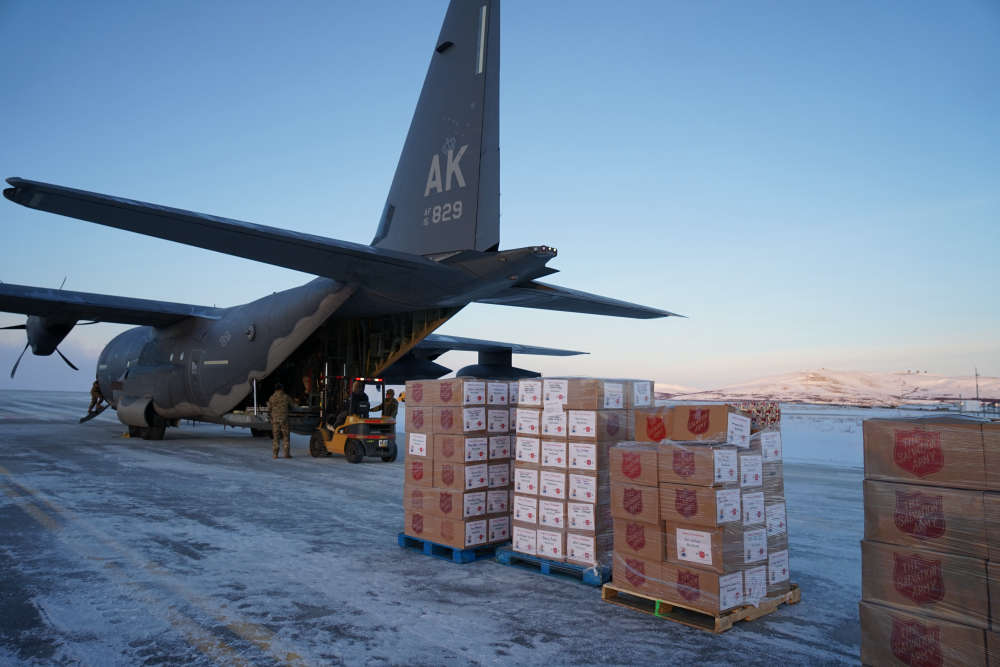