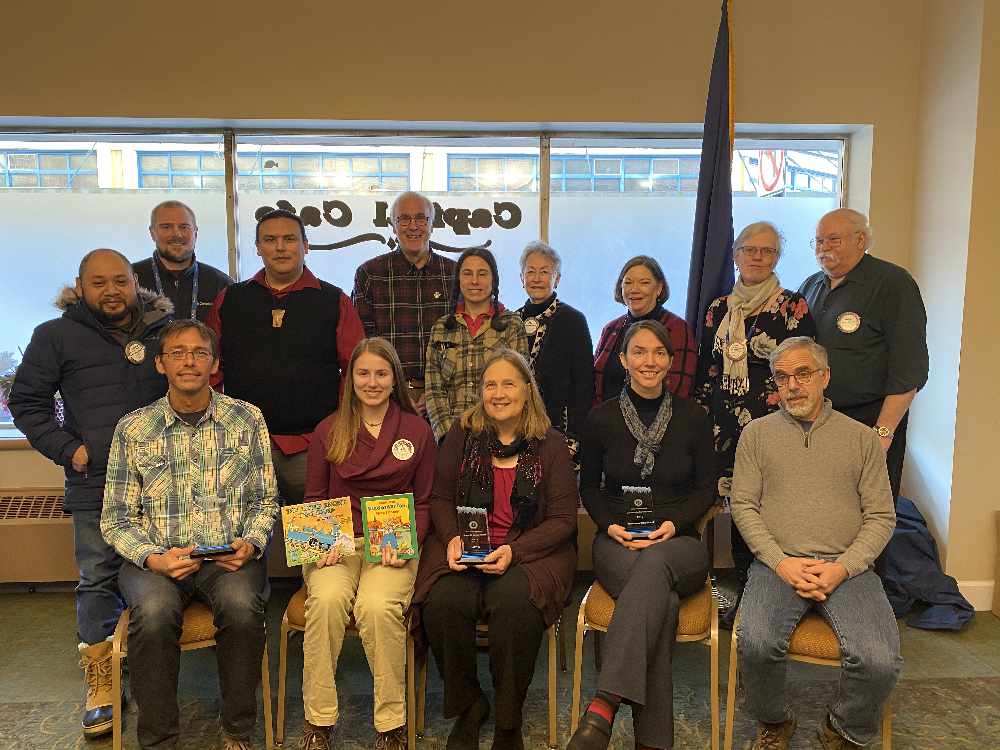 Juneau, Alaska (KINY) - The Rotary Club of Juneau honored five individuals and organizations with Vocational Service Awards at a luncheon held Jan. 14 at the Baranof Hotel.

Juneau Composts!; the Tlingit Culture, Language and Literacy Program; Mudrooms Story Board, the Association for the Education of Young Children, Southeast Alaska; and Kevin Ritchie all received a Vocational Service Award at the event.

Juneau Composts! claimed the award in the business category. The Club recognized Juneau Composts! for aiding the Lemon Creek Correctional Center’s Greenhouse, along with holding low-cost classes on composting for the general public.

Sealaska Heritage Institute launched the Tlingit Culture, Language and Literacy program in 2000. An optional program at Harborview Elementary School, it weaves Tlingit language and culture into the standard curriculum. In 2013, a study found by integrating traditional tribal values into learning contributes to student success and aides in developing leadership skills, self-confidence and creativity. The Club honored TCLL in the government category.

Speaking of non-profits, the Association for the Education of Young Children, Southeast Alaska earned the VSA in that category. SEA-AEYC provides more than 150 hours of child development training to area educators. This training has a positive effect on the education of more than 700 children in Juneau’s childcares, preschools and Head Start programs. Additionally, SEA-AEYC supports the Parents as Teachers, Family Nights at the Fieldhouse and Circles of Security programs, along with the Imagination Library.

Kevin Ritchie received the individual VSA. Following a career as a public servant — including work as the City and Borough of Juneau’s city manager — Ritchie continued to dedicate himself as a volunteer for all of the Capital City. Some of his efforts include serving as Big Brothers Big Sisters’ first president in Juneau, helping form the Thunder Mountain High School boys’ basketball booster club and developing the BAM after-school program at the Zach Gordon Youth Center. In addition, Ritchie is also involved with the Juneau After-School Coalition, the Juneau Suicide Prevention Coalition, Juneau Best Starts and ROCK Juneau.

The Rotary Club of Juneau launched the VSAs to honor members of the Juneau community who best exemplify Rotary’s motto: Service Above Self. Juneau Rotarians live that phrase through volunteering, including work with the Salvation Army, the Glory Hall, the Southeast Alaska Food Bank and Lemon Creek Correctional Center.