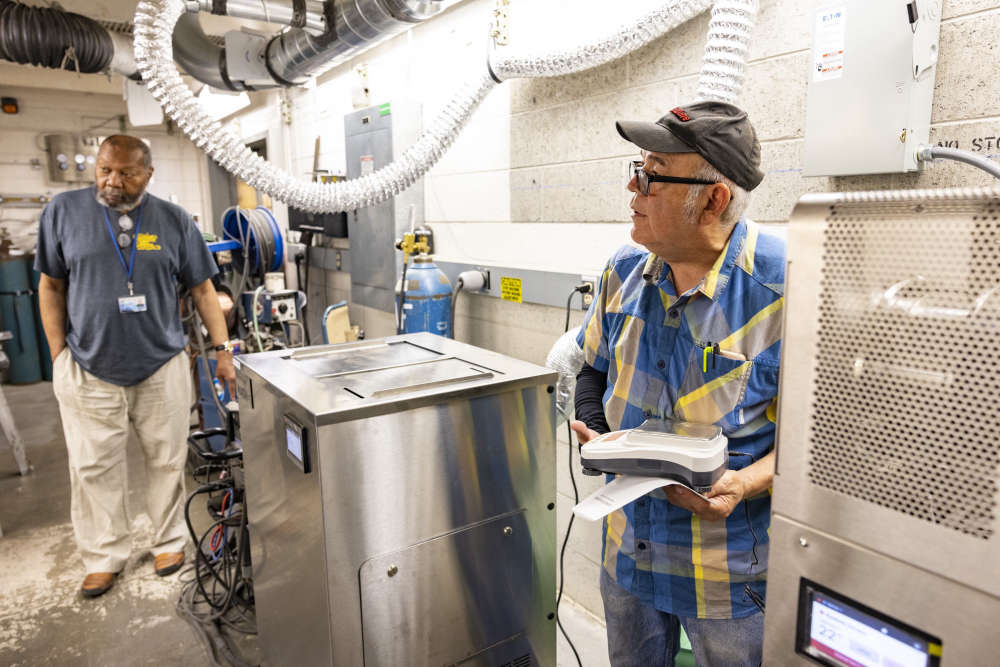 UAF purchased the printer about halfway through 2020, but it was not ready for use until this year.

The Geophysical Institute will use the printer to make specialized research tools and components for scientists and serve the university in other ways, time and cost-efficient.

With it, intricate parts can be designed and produced on-site instead of being outsourced.

"To be able to do metal printing greatly expands what we can do," said Greg Shipman, manager of the Geophysical Insitute Machine Shop. "One of the big advantages to 3D printing is you can accomplish geometry that would be next impossible to do with machinery."

The process is similar to plastic 3D printers.

The machine shop owns several traditional and high-temperature 3D printers of varying sizes, all of which use thermoplastic filaments.

Creating something with a 3D metal printer involves additional steps, and the Geophysical Institute's metal printer uses a system called "fused deposition", a technology that is less costly than other forms of 3D metal fabrication.

"We're in a new phase. What we'd like to do is just make others aware of the capabilities of this 3D metal printer-and, not just this machine but all our machines," Shipman said.

The new $139,000 printer, manufactured by the Markforged company of Massachusetts, is available to serve other UAF units through the Geophysical Institute Machine Shop. 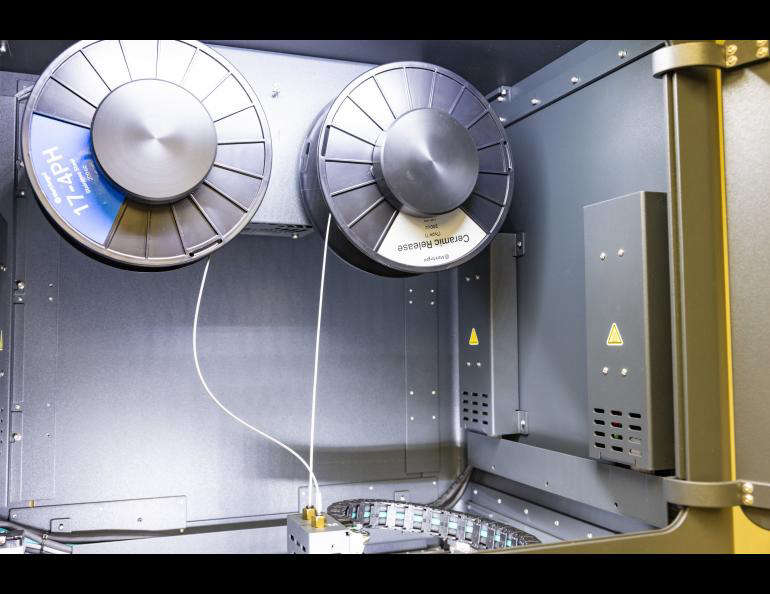 Above: The Geophysical Institute's Machine Shop is now able to print in metal. (Photo courtesy of JR Ancheta)

The Geophysical Institute paid for the printer's installation and the renovation of the Elvey Building's ground floor.