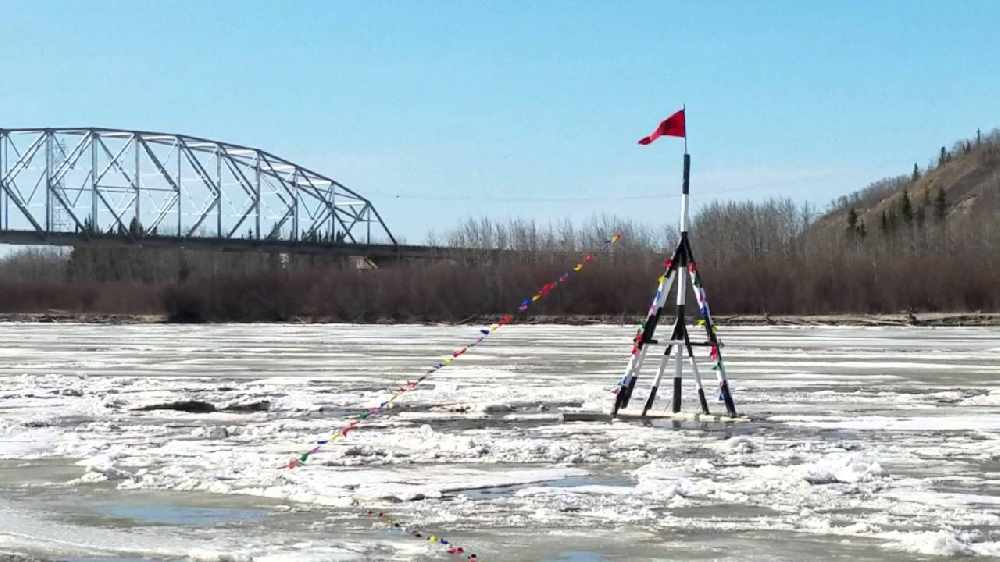 The Nenana Ice Classic tripod on the Tanana River.

Nenana, Alaska (ANN) - The operators of Alaska’s Greatest Guessing Game once again announced the lucky winners of the guesses made on when the ice goes out on the river and have posted those winners on their website.

The game had its beginnings in 1917, over 106 years ago. It was that first year that engineers doing the survey work for the Alaska Railroad placed their bets as to when breakup on the  river would occur. The purse was $800. The betting game on the ice would grow enormously and soon become a tradition.

The ice has only gone out on May 2 four other times in the history of the game. It has gone out as early as April 14, as it did during the early morning hours in 2019. The latest that the ice has moved out to move the tripod downstream was on May 20. It did so in 1964 and 2013.