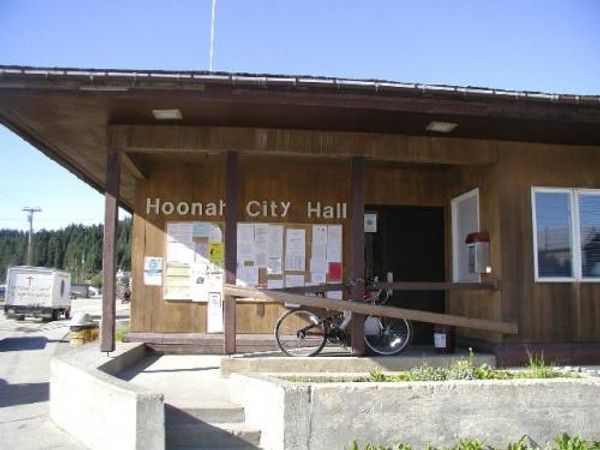 Hoonah, Alaska (KINY) - The municipal attorney and city clerk for Hoonah have accepted a pair of recall grounds against the city's embattled mayor.

A total of four recall grounds were lodged against Hoonah Mayor Gerald Byers in September.

A Hoonah man, Elijah Sheakley, had accused Mayor Byers of using a racial epithet toward him when he was employed by the city. A recall application was filed with the Hoonah City Clerk asking that a recall petition be certified against the mayor.

Sheakley said the epithet was used by the mayor during city business.

“I was working, and he came in and basically asked if I was the head n***** in charge, because I was the only one in the shop working at the time,” Sheakley said. “I got angry.”

Sheakley said a second instance of a racist statement was used by the mayor while the two were in his office.

“We were in his office, in the mayor's office, and he basically said that he wanted me to go unclog somebody's toilet, and if I got poop on me, it wouldn't matter because it would blend in,” Sheakley said.

The recall application cites four grounds for recall. Aside from Sheakley’s claim, the grounds stated are that Byers followed two Native elders, Mary and Jim Erickson, outside Hoonah City Hall where a meeting was being held, and that he cursed and berated them, that he illegally directed city employees to impound a vehicle during a city round-up belonging to a local family, and that he used his position as mayor to influence the Hoonah Presbyterian Church to rent the church parking lot for $500 per year, which is located in a prime centralized location, in an attempt to sublet the property for-profit to Icy Strait Point.

"It is my duty to determine whether the application meets the grounds for recall provided by statute," she wrote. "After conferring with the city attorney, I found [the] application to be sufficient based on two of the four alleged grounds. For the reasons state below, I am accepting your application for recall petition as to Grounds #1 and 2 and denying it as to Grounds #3 and 4."

The filed recall application can be seen below. 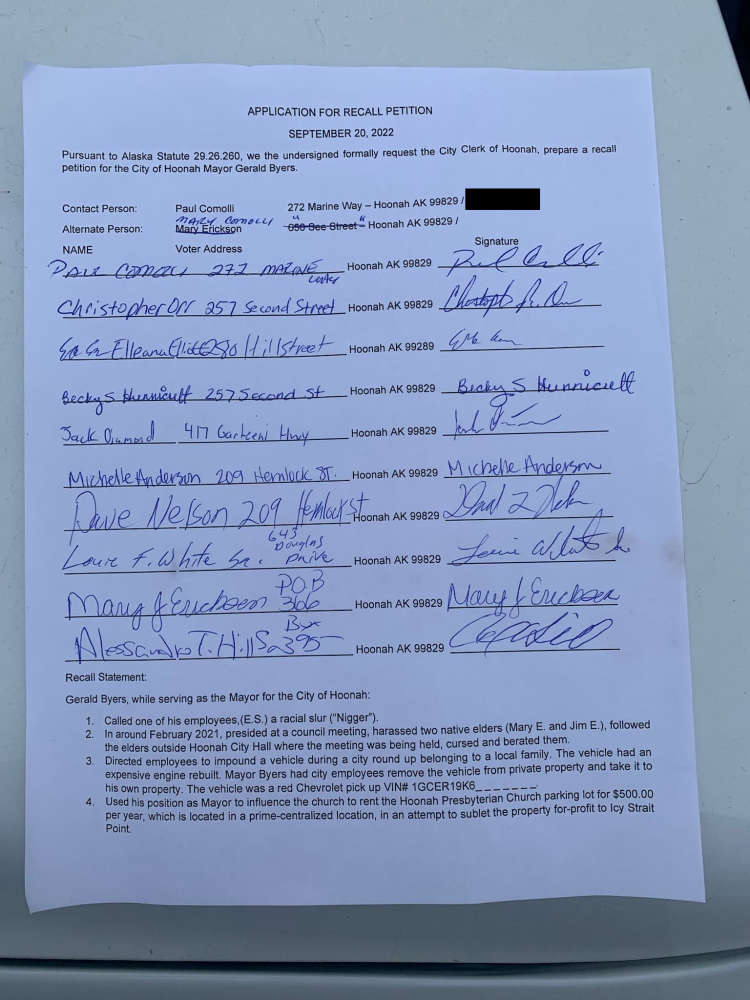